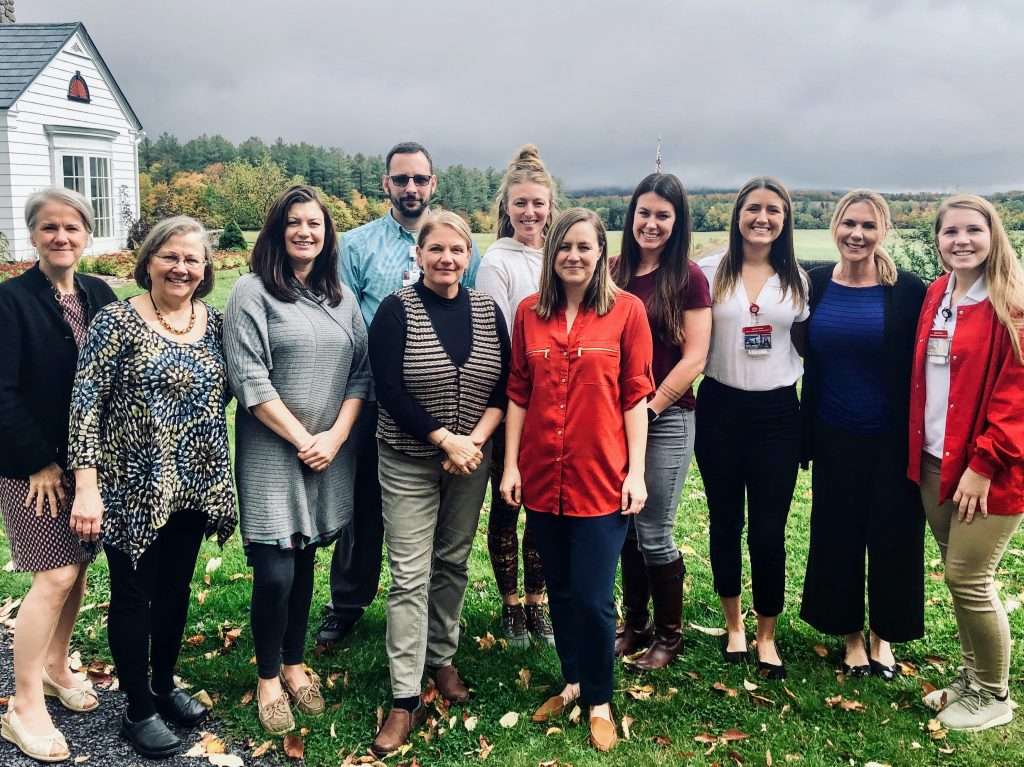 The October meeting of the North Country Tobacco Treatment Network featured a presentation from a pair of SUNY Plattsburgh nursing students who are doing their part to fight back against the youth vaping epidemic.

New York State’s recent ban of flavored e-cigarettes, and the subsequent action by Gov. Andrew Cuomo to ban menthol e-cigarettes, was a huge step forward in protecting youth from nicotine addiction. These decisions have also shed more light on the risks associated with e-cigarette use.

But more needs to be done, according to Tabitha Butler and Kaylee McVey, nursing students at SUNY Plattsburgh who are completing their public health rotation. Butler and McVey explained to Tobacco Treatment Network members that they’ve seen close friends become highly addicted to nicotine as a result of using JUULs and other similar products in social settings, like at bars and parties.

What started as infrequent usage morphed into a daily reliance on nicotine.

As part of their final project, Butler and McVey are creating a “Quit Kit,” designed specifically for teens and young adult vapers.

“Their work is inspiring,” said Danyelle Jones, practice enhancement specialist for the North Country Healthy Heart Network, a member of the Tobacco Treatment Network. “To see nursing students step up and take action to protect our youth is a big deal. Hopefully, what they’re doing encourages others to take up the cause.”

There is, however, some concern about the new New York State policies on tobacco sales.

“Many professionals on the tobacco treatment front lines are worried that the governor’s policies have potential to increase off-market and black market sales of e-cigarettes and related products,” Jones noted, “which could mean an increase in associated pulmonary illness. Advocacy groups would like to also see a ban on internet sales, similar to measures recently adopted in Vermont.”

The North Country Tobacco Treatment Network is a group of professionals who work on the front lines of tobacco dependence treatment and tobacco use prevention. The group meets quarterly and communicates frequently to discuss success stories, barriers to treatment access, and share information.