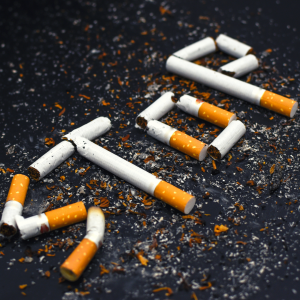 In itself, this proposal represents a major milestone in the fight against smoking and tobacco use. Banning menthol as a flavor would further protect children from becoming smokers and help current smokers quit. Just as importantly, it would put an end to the marketing and promotion of menthol cigarettes that has, historically, been heavily targeted toward Black communities across the country.

The FDA noted in its announcement that the “proposed product standards are based on clear science and evidence establishing the addictiveness and harm” of menthol cigarettes and flavored cigars. The proposal would build on the 2009 Family Smoking Prevention and Tobacco Control Act, which banned non-menthol flavors in cigarettes. The FDA’s ultimate goal is to reduce the death rate from cancer by at least 50 percent in the next 25 years, as tobacco use continues to be the leading cause of cancer and death from cancer, and the number one cause of preventable death in the U.S.

This proposal is a huge step forward, but The Heart Network and its tobacco cessation partners across the state want to stress that FDA action takes time — the menthol ban is far from a guarantee. We urge communities to continue taking action to protect the public at the local level. You can learn more about the impact of menthol at notjustmenthol.org.

The Heart Network’s Health Systems for a Tobacco Free North Country program partners with health care providers, behavioral health organizations and public health agencies to reduce the prevalence of tobacco use in our communities. To learn more, visit heartnetwork.org. For resources to help you quit, check out New York State Smokers’ Quitline at nysmokefree.com or call 1-866-NY-QUITS.