Research shows that tobacco use more adversely impacts Medicare patients when compared to those on other types of insurance. The North Country Healthy Heart Network’s Health Systems for a Tobacco Free NY explored the data — here’s what we found.

Tobacco use by the numbers: 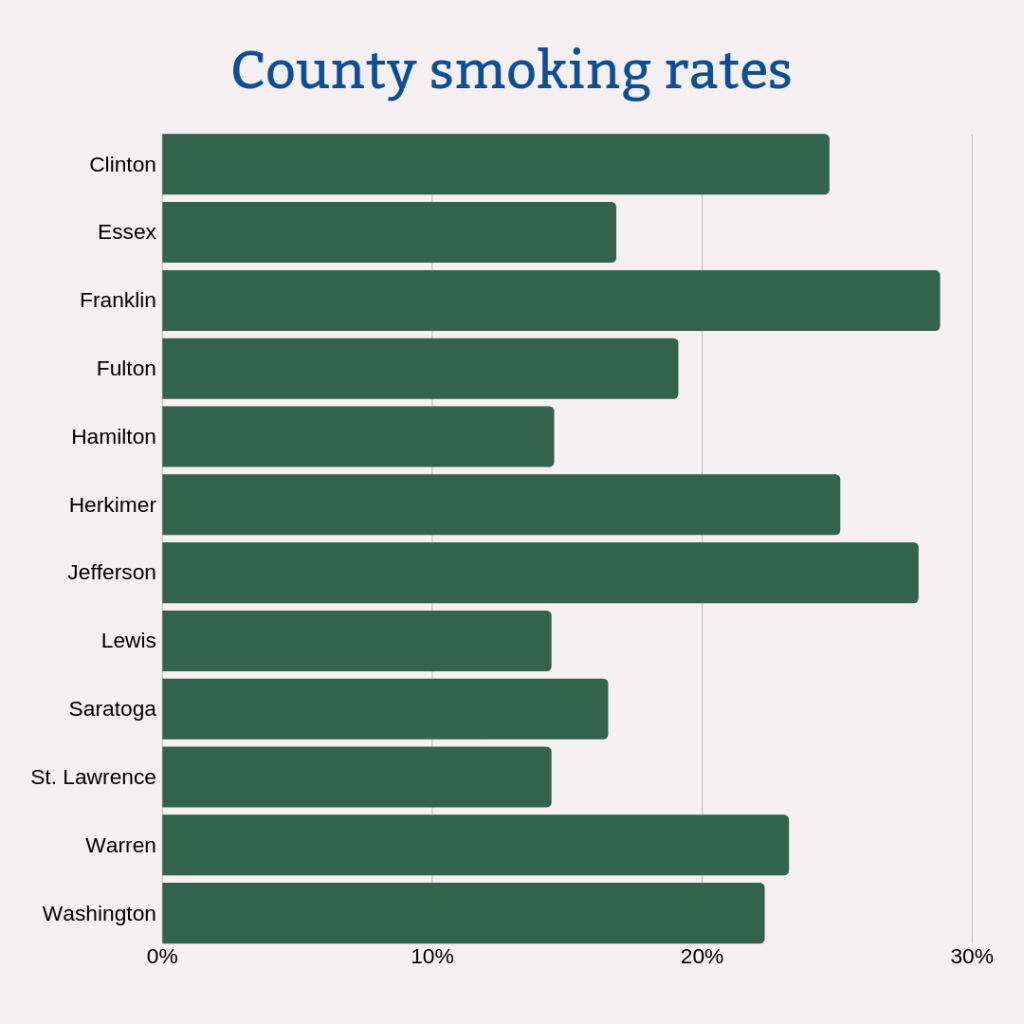 According to the Centers for Disease Control, use of cessation counseling and medications effectively improves quit rates when used separately and makes cessation even more likely when used together. The New York State Center of Excellence for Health Systems Improvement states that tobacco dependence is a DSM V diagnosable chronic, relapsing illness. The evidence-based treatment for tobacco dependence is a combination of counseling and pharmacotherapy such as NRT gum, patches, and lozenges.

Medicaid has adopted a new policy based on Evidence-Based Tobacco Dependence Treatment, now covering all nicotine replacement therapy options; Medicare has not caught up. According to the NYS Department of Health, adults with a disability are disproportionally affected by tobacco use, smoking cigarettes at a rate 62 percent higher compared to adults without a disability.

According to the Department of Health & Human Services, among HUD-assisted individuals age 65 or older, 58 percent linked to both Medicare and Medicaid and 27 percent linked to Medicare only. Medicare recipients who reside in HUD housing and want to stop tobacco use encounter significant barriers to accessing NRT.

Tobacco users want to quit more often than not:

Among all current U.S. adult cigarette smokers, nearly 7 out of every 10, or 68 percent, reported in 2015 that they wanted to quit completely.