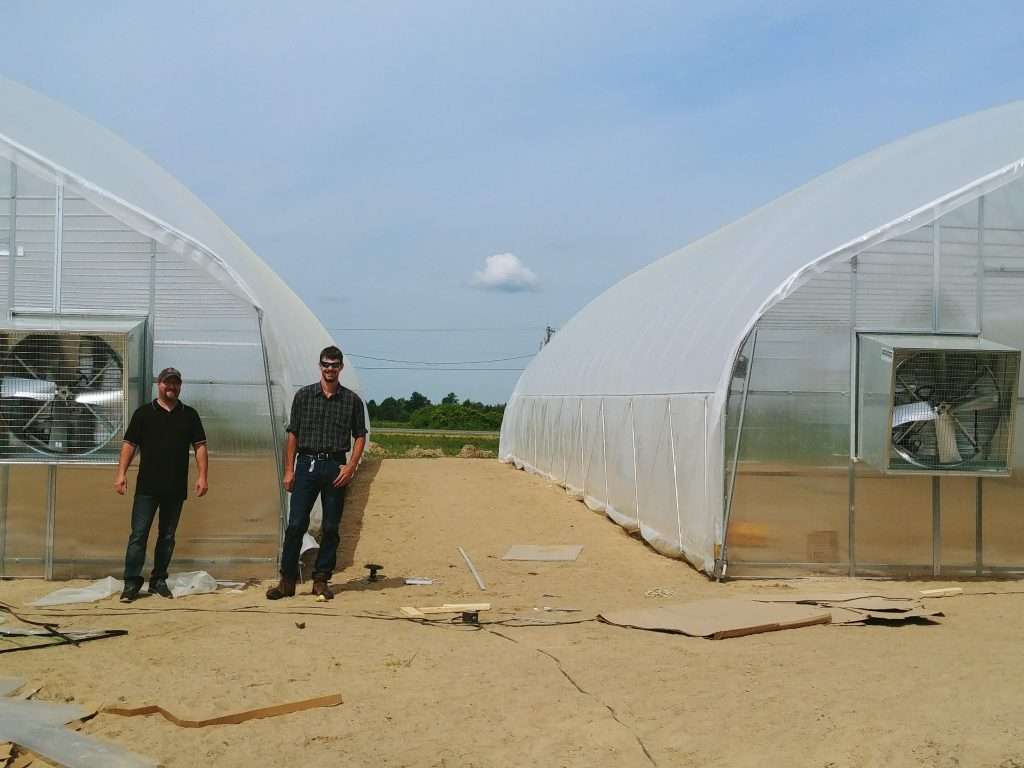 The Joint Council on Economic Opportunity (JCEO), along with 10 community partners including the North Country Healthy Heart Network, has constructed new greenhouses that will support food programs in the region, including the Mobile Farmers Market.

The AHI PPS funding helped JCEO build two state-of-the-art greenhouses that will grow fresh produce, lengthening the Mobile Market’s growing season from three to nine months, and extending the market’s schedule from 10 to 14 weeks. The grant also supported the hiring of a full-time market manager and a part-time assistant.

“With two new greenhouses, we can increase our growing season from three to nine months of the year and extend the market’s schedule from 10 to 14 weeks,” explained Lee Rivers, executive director of Community Connections of Franklin County, one of the project partners. “With that four-week increase, coupled with a dedicated manager and assistant, we’ll be able to grow the presence of the market and serve another 800 people.”

“Each of the awarded innovation fund projects aligns with the overarching DSRIP goal of improving population health and creating an integrated delivery system,” said Eric Burton, CEO of the Adirondack Health Institute. “This is the fourth round of funding the AHI PPS has made available to partners. For this round, we placed an emphasis on supporting projects involving multiple organizations from a wide array of sectors working closely to positively impact community health.”

DSRIP is the main mechanism by which New York State implements the Medicaid Redesign Team (MRT) Waiver Amendment. DSRIP´s purpose is to fundamentally restructure the health care delivery system by reinvesting in the Medicaid program, with the primary goal of reducing avoidable hospital use by 25 percent over five years. For more information, visit https://www.health.ny.gov/health_care/medicaid/redesign/dsrip/.

To learn more about the Mobile Market, visit www.jceo.org or www.heartnetwork.org.